Now that I’m living on borrowed time,
Thoughts and feelings come to mind.
Of things I truly need to say,
Before I’m permanently taken away.

Mistakes I’ve made many or few,
Not intentional, to hurt or harm you.
Memories held at one time strong,
Sadly fading soon forgotten; gone.

Perfume once worn a intimate smell,
Indistinguishable unable to tell.
What I wore and how I dressed,
Eventually will vanish come to rest.

All that’s left for me to say,
In readiness for that fateful day.
Is closure before I end my days,
Grant me only this much I pray. 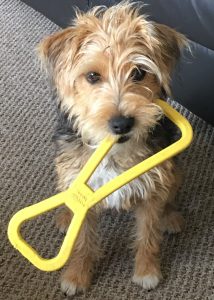 Truly a little treasure you are to us,
Lovingly loyal and full of trust.
Always eager, for a cuddle or fuss.

You’re wickedly mischievous,
Always getting into stuff,
Even though at times, it makes us cuss.

Attention seeking, you’ve mastered well,
With bright button eyes and a wagging tail.
You know it works; it never fails!

No Longer Free and Easy (IDIOmaTIC expressions can be fun)

I know I’m late – apologies, and I know the piece below is not perfect. But it has been published before so I’m not changing it and sharing with the same introduction it had once had.  And I’m attaching the Czech version so you can sing along 🙂

No Longer Free and Easy

IDIO(ma)TIC expressions can be fun

Once upon a time (2001, if I remember well), I was a “Practical English” teacher at Faculty of Arts, Brno. As usual, I had students produce feedback at the end of the semester and this is one of the suggestions I received: “compose a song on idioms”. Challenged by this I tried, and this is what I produced.

I used the idioms found in the bottomless source of these – Leo Jones’ well of such expressions called New Progress to Proficiency (CUP, 2001), cheers mate.

The idioms are underlined. Have fun and try to sing it (sometimes it is not like free and easy…).

Theme by Anders Noren — Up ↑